Psycho x Prey is our greatest work of art yet and we’re so happy to tell you about it!

Psycho x Prey is an asymmetric online survival where 3 psychos hunt down 3 prey before they escape the map. Both psychos and prey are playable characters.

You pick a psycho-prey character pair at the main menu and hit play, you then get randomly matched as either the selected psycho or the selected prey in the next match. 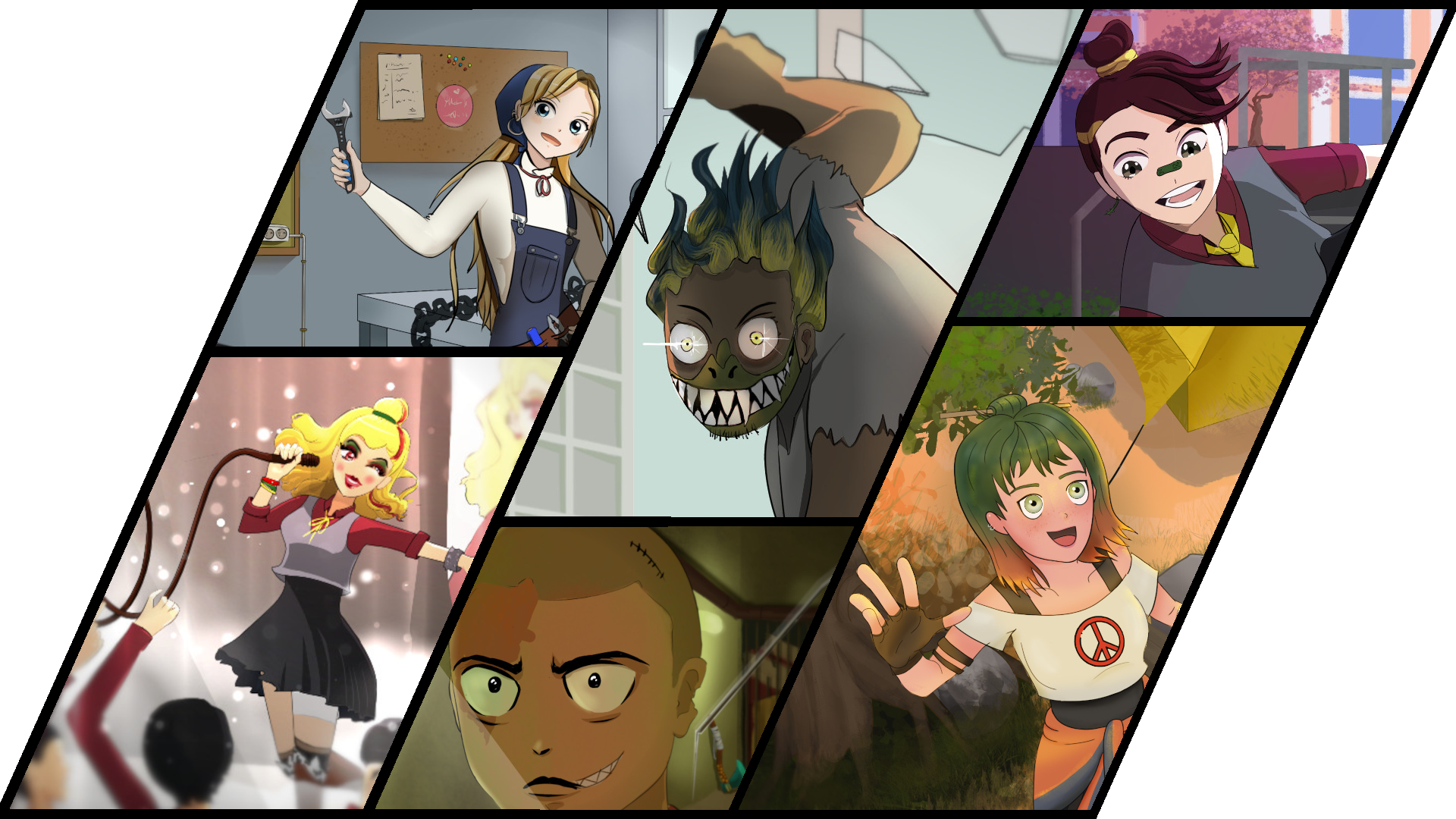 The game offers a wide range of characters, each with their own unique skill & super skill, and a backstory that gives them deeper value and helps players connect with them. Not to mention that the entire game has a deeper backstory that will be told bit by bit through live events and special seasons in the game.

I first got the idea for the game back in 2019, it was a 3 v 3 asymmetric game where you play as hunters vs hunted, but occasionally the blood moon will rise and the hunters become the hunted and vice versa. It’s still a cool game mode that we’re going to integrate into the game. But back then I had no idea what the market looked like, what do people like in terms of gameplay, what art style to use, which platform to make the game on, and so many other questions.

I haven’t, however, given it much thought back then thanks to the compulsory military service that left me with no time to develop games. And so I recorded the idea and left it aside.

Fast forward to 2021, I was done with my military service, and spent 2020 developing our first game Call To Valkyrie which, unfortunately, flopped and we had to stop working on it in November of the same year. We started accepting outsourcing projects again and now we’ve got an office from which we work mainly on outsourcing projects.

But our vision in Game Hermits was always to make original IPs. We didn’t want to settle down as a service provider only. And so, I started thinking about the game idea I made in 2019!

We cycled through our market research process where we interviewed players, researched top competitors’ reviews and community demands, did a bunch of online surveys, and spent two months researching every aspect of the market around this game since we didn’t want it to flop like Call to Valkyrie.

After careful consideration, we reached a decision that we would start developing the game and we titled it “Psycho x Prey”.

The first thing we did was the Game design document. Now that we have market data and a clear target audience, we wanted to polish the idea into a full-fledged game design. This was tricky because we had to work extra hours on designing the game and trying out different design choices in between outsourcing projects on our hands. But since we were committed, we did find the motivation to work extra hours every day on the game.

We thought the game has to be for mobile devices, with easy menus where players have to do very little to join the match, which means most of the lobbying process must be automated.

We also took an early decision regarding monetization which is We won’t integrate disruptive ads!

We are gamers before we were game devs, and we know how annoying ads that block the screen and break the player experience are. However, taking this decision wasn’t easy; disruptive ads do generate a considerable amount of money, and in some games, they are the main source of revenue … It’s a very bold move for us as a business to let go of this revenue stream when we know for sure it does generate revenue.

Nonetheless, we set a list of priorities for us while we design this game:

These were the principles we used to make decisions as we were designing the game.

We knew we had to write interesting lore behind the game, a backstory for every character, and added value. In short, we wanted players to really connect with the characters through interconnected stories that link up to a big story that will be told through special events inside the game … And that’s what we did ;)

One of the other things we paid close attention to was music. We thought if we were hoping for a great player experience, then we need to have music tracks that enhance the player experience and add a sound identity to the game. And we trusted only one man for this critical job ... Maurice Mishael (Mooscode) who did an amazing job capturing the theme and produced tracks that exceeded our expectations!

Initially, we’ve written 6 characters, 3 psychos, and 3 prey. The first two original characters actually made it in the game as they are without any changes which is something we’re very proud of.

But now we’re stuck … What should the art style look like? All of our competitors were using a cartoony style and that was the obvious option, another option we thought about was semi-realistic.

I went to youtube and searched for animation videos on the game, obviously, I found a lot, it’s a very popular game, and I did find what I was looking for, anime references everywhere, and people in the comments are relating to these references and even finding them clever.

With this discovery, I’ve made the bold decision to make the game in anime style even though we’ve never developed this style before.

We started searching for a talented artist who would help us with drawing anime style and it wasn’t hard to find talents, to be honest. People love anime and young artists like to draw anime. But there was something bugging us in all of the talents that we’ve gathered … their anime art style is very similar to popular styles and just feels like a knock-off of their favorite anime. That's not necessarily a bad thing, but I also wanted the game to have a unique identity among other anime styles … it was a real dilemma for a while until ...

Introducing Nihal Awad, an aspiring artist back then who worked on multiple projects but have never drawn in anime style before xD

I know what you’re thinking, why choose her over those who already draw anime style? Well, it was a risky decision but my reasons were: 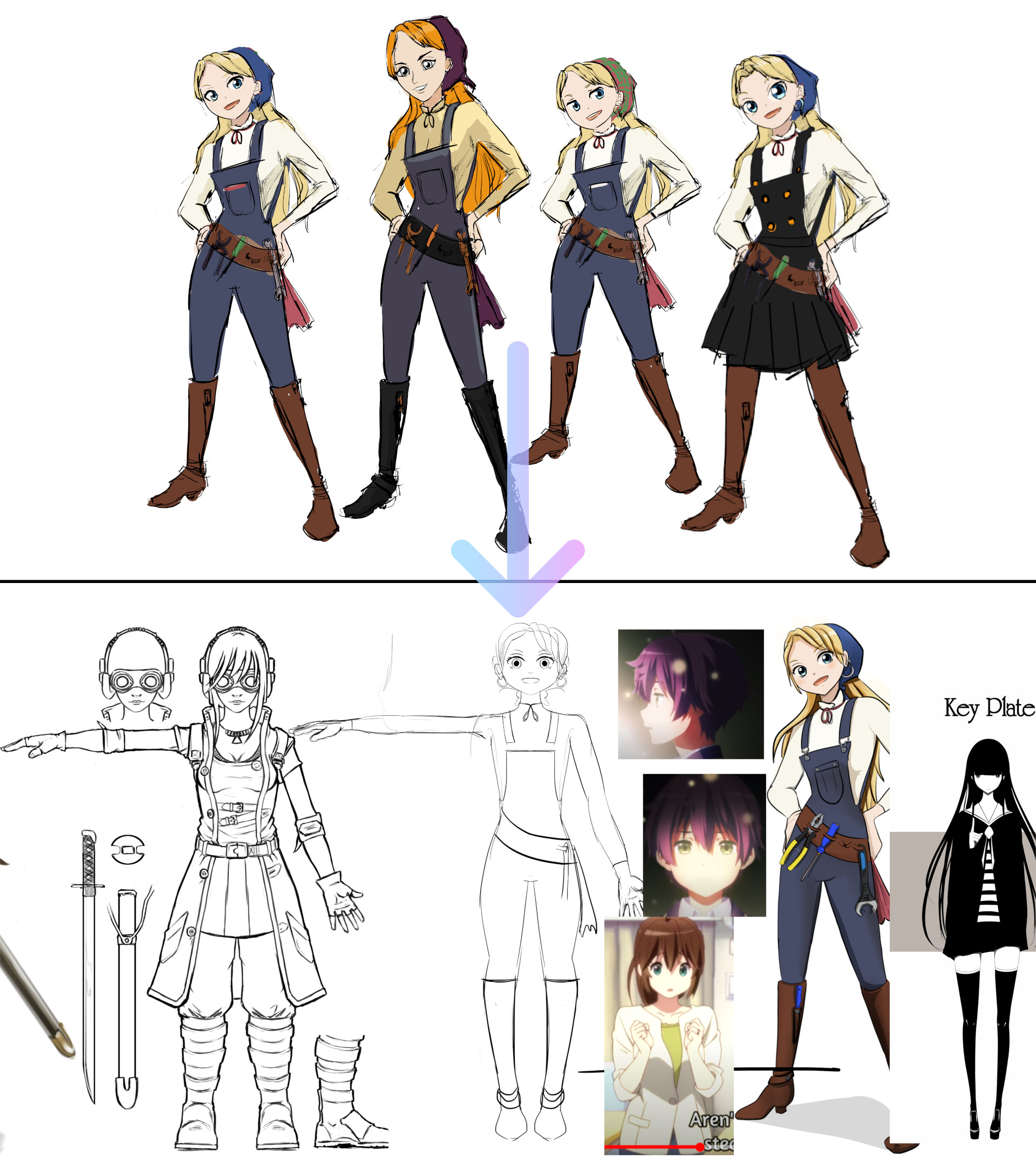 Nihal experimented a lot and ended up with a specific style which we all agreed on. She started polishing Clair and Robert, the first OGs, and went crazy with her design and we were so happy with her! We were blessed to work with other great concept artists (Nouran Hassan) and a 3D artist who turned 2D vision into amazing 3D models (Youmna Felfel) and many other great talents who continue to work with us and contribute to the game with their creative minds.

It was then that we asked her to be a part of our team and she was happy to join us! Now it’s all clear, our vision for the game, and the art style defining it … There was only one obstacle facing us … one BIG obstacle … Development!

Now everything else was fun and games, we were dreaming, we were visualizing, but now it’s time for actual work … and just to give context … It was our very first time developing online multiplayer games -_-

We had no idea where to start, completely in the dark! Karim, whos’ the Tech director at Game Hermits was the one responsible for figuring this out. While I had to put in extra work as a developer in the outsourcing projects we have besides handling the business stuff.

Early on we started researching possible options, I had some experience developing backend for simple websites, for example, this website is all me, but I had no idea how real-time multiplayer servers operate.

Since we’re developing our game on Unity Engine, the very first option was Photon, it’s out of the box, it’s popular, and it’s well supported. But it was pricy for us in the long run, and coming from an extensive tech background, Karim knew how hard refactoring the core code of the project is.

After a lot of reading, researching and prototyping, we came to know 3 things:

At first, Karim suggested we start building our own server from scratch, and as someone coming from a technical background myself, I also preferred this route. But two weeks in were enough for us to raise the white flag and take a step back considering out-of-the-box solutions.

It looks like we need two things in place:

We ended up using Unity’s Mirror (the unofficial good version of UNET) as the real-time multiplayer framework, and playfab to handle the server side.

Of course, as you might imagine, developing your first real-time multiplayer game is worse than hell … and we can confirm that. Between bugs that we cannot debug through normal means, inconsistent behaviors on multiple mobile devices, bugs that only happen on IOS, and a lot more made the development of Psycho x Prey a bigger challenge than we imagined. Couple that with outsourcing projects that we don’t export unless they are top-notch, and we ended up facing the greatest uphill battle yet … But we were ready for it, and in the end, we’ve pulled through and mastered the online part producing a very smooth, lag-free, online multiplayer for mobile devices.

Now we’re at the end of the beta polishing phase, and we’re looking to host closed Beta testing at the end of this year. We’ve been to multiple local events and players had a blast playing the demo version 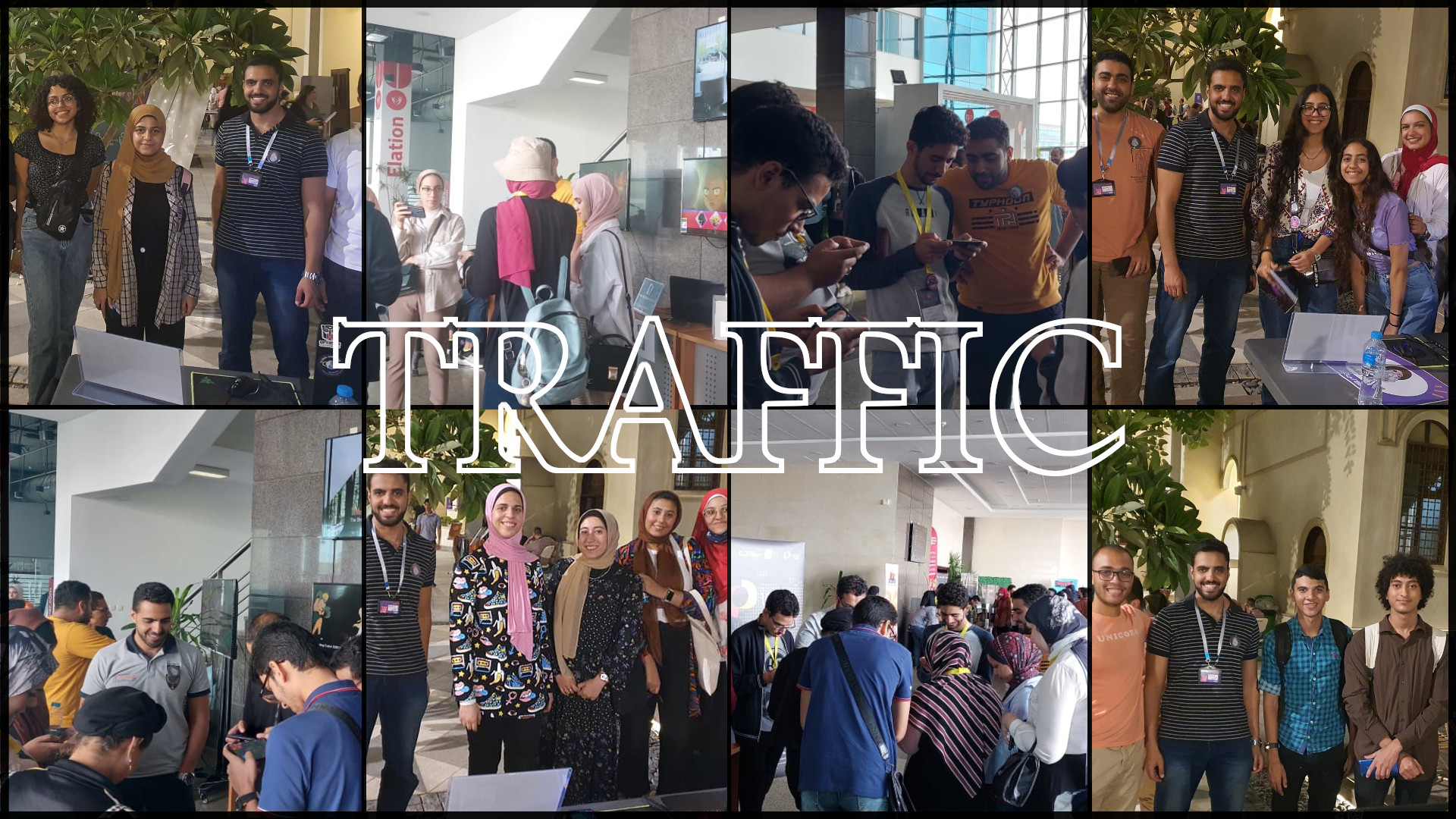 And we’re looking to soft launch the game in 2023!

Thanks for your time, peace out :)

We are ready to discuss the details of your project. Just shoot us an email